Age before beauty? Or beauty before age?

The age of a whisky, specifically the amount of time a whisky spends in a cask after distilling - a.k.a maturation - has a huge effect on whisky, but does that magic number dictate the quality of the end product? No, it does not. It certainly drives the price up, and is extremely effective marketing. This is due to the general perception out there in the world, that if a whisky is old, it must be good. But this is definitely not the case, and in reality there is no magic number.

How does age affect a whisky?

This is a bit of a 'how long is a piece of string?' question, as alluded to above. In general terms, maturation in casks will gradually mellow the 'new-make spirit' (malt spirit fresh out of the stills which can't yet be called whisky), integrating and balancing the flavours, imparting flavours through both the oak wood (in the case of Scotch whisky), and also the remnants of whatever was in the cask previously, such as sherry or bourbon. So it stands to reason that more time in the cask will give more flavour to the whisky. This is basically true, but it is not that simple.

The flavours given by the cask can overpower or cancel out others, for example a whisky can become overly-oaky, particularly if the cask used was a first fill (has not previously been used to mature whisky) cask, or if it spends too much time in the cask. An over-aged / too-old whisky can become fragile, it loses some of it's inherent flavours and quality, does not hold up to temperature variations or time in the glass, or water being added, as well as it could have when it was in its prime, and it becomes less complex and less interesting than it could have been. And, probably the biggest effect of a whisky being aged/matured for too long, is that it generally loses alcohol content (and whisky content in general) through evaporation, known as the angel's share, each and every year it is maturing. Although this can vary depending on local climate and specifically humidity, in some cases the water will evaporate faster than the ethanol, which means that the alcohol percentage actually increases! 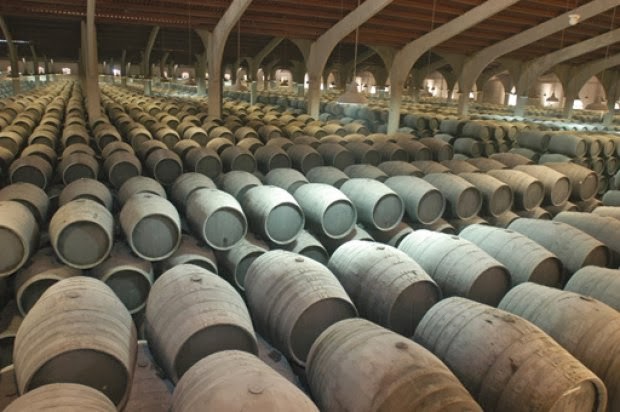 At the other end of the scale, a whisky which has not had enough time to mature in the cask / is too young, will often be 'hot', in terms of alcohol, which will give you that trade mark 'burn' in the throat, make your tongue go numb, and will singe your nasal hairs when you nose the glass. The flavours will be not be balanced, and the whisky will be aggressive and disjointed.

The cask itself is also extremely important. The size of the cask, the previous contents, how many times it has been used, the process used to 'season' (dry) the wood before coopering, and natural or man-made imperfections in the wood or construction of the cask can be a huge difference to how effective or active that particular cask is. There are many 20- or 25-year old whiskies with age statements that taste far younger than the age suggests, and the reverse is also true.

It is important to note that the Scotch Whisky Association (SWA) requires a minimum of 3 years maturation in oak casks for the spirit to be called Scotch Whisky. There is no limit to how many different casks can be used, what the previous contents was (as long as they're considering to be "traditional"), or the style of cask/s used, provided they're under 700-litres in capacity, for that maturation period. There is of course no maximum maturation period, either, but that's usually dictated by the aforementioned angel's share (or leaky casks) when the ABV drops below the minimum 40% required for the spirit to be called Scotch Whisky.

There are many different size casks available to a whisky distillery, and many different 'previous owners' to choose from, as in what liquid the cask held previously, and a cask can (and usually is) re-used or recycled again after use. All of these factors and many more have a huge effect on the finished product. But these are subjects for another day.

What about the peat?

One more major effect of cask maturation on peated whisky specifically is that the peaty, smoky flavours diminish over time, lost to evaporation (called the 'angel's share'), wood contact and general mellowing. So, in my opinion, be wary of any peated or heavily-peated whisky which is over 18 years of age. It may still be a great whisky, but the level of peat & smoke flavour present may not be what you were hoping for.

As an example, Bruichladdich Octomore, the most heavily peated whisky in the world, is usually aged for only 5 years, allowing the whisky to mature while still retaining the maximum peaty, smoky kick. At the other end of the scale, they have recently released a 10-year old version, which is still bottled at high strength, but is considerably lower in alcohol strength, peaty-ness and smoky-ness. It's still good, but different, and much more expensive at around twice the price of the other expressions.

To combat this effect of maturation, distilleries will often bottle their older whiskies at higher alcoholic strength or proof, and also to give better value to the customer, justifying the increase in price (in some cases). So all is not lost, but this is also a subject for another day.

The No Age Statement 'NAS' uprising

As the popularity of whisky increases, so does the pressure on the distilleries to get the stuff out the door and on the shelves as quickly as possible. If it isn't there, they can't sell it. So, rather than having a lot of stock sitting in their warehouses maturing peacefully, many distillers will blend (still a single malt though, remember, because it's made at one distillery) some younger casks with some older ones, and either state the age of the youngest contents (as required by the SWA rules), or simply leave that part out and not tell you how old the whisky is, because they don't want this to influence your purchasing decision. This is known as a No Age Statement, or NAS, bottling.

This does not make it a good or bad whisky, you simply do not know how old the contents of the bottle are. This is not a very popular thing in the whisky world, as you can't form an opinion based on the age of the product, and also cannot use that to gauge the value for money you are / are not getting with your purchase, which makes it more difficult to make an informed decision come buying time. Naturally the assumption is that if they're not telling you how old it is, some or all of it must be young. And to be fair, this is often correct!

A good example of this is Talisker's current line-up (not to pick on them, most distilleries are doing this, they just came to mind first). Their standard bottling is, and has been for a long time, 10 years old. Reasonably priced and of decent quality, it is widely popular and is quite a good first step into peated whisky if you haven't ventured that way before, as it is only lightly peated. They also offer (or have offered in the past) 18, 25, 30 and 40 year old bottlings, at various ABV % levels. In those cases they had casks sitting in their warehouse for 18-40+ years before they saw a return on their investment, so to speak.

They have since released Talisker 'Skye', '57 Degrees North', 'Storm' and the travel-exclusive 'Dark Storm' and 'Neist Point', none of which have an age statement. The Skye, Storm and Dark Storm are bottled at the same strength as the standard 10 year old (45.8%), and are at a similar price as well. So naturally one would assume they are a younger product than the 10yo bottling, or at least contain some younger whisky. This one fact does not make them better or worse than the 10yo, but depending on your perspective, does perhaps give you less value for money since you are getting at least some less mature whisky for the same amount of money, often at the same (or lower) alcohol percentage.

So what's the golden rule, then?

Well, there isn't one, sorry! While age / maturation has a big effect on the whisky, it is only one of many, many factors which the distiller and their customer must take into account. That number on the label should not be the deciding factor in your purchasing decision, because there are many other factors of equal importance.

Likewise if there is no number on the label, that should not turn you away on it's own. Some of my favourite whiskies do not have and never have had an age statement printed on the label (looking at you, Ardbeg Uigeadail). Likewise some old (20+ years) whiskies I have tasted do not live up to the promise of quality their age might imply. So, I say beauty before age!

If you can't try before you buy, then read reviews online, ask your friends or independent experts, and make as informed a decision as you can. Happy hunting!
Posted by Peated Perfection at 20:53