There's a new victor in Bruichladdich's ppm arms race! We've entered a whole new realm of peating levels here, and I don't think this one will be beaten any time soon. 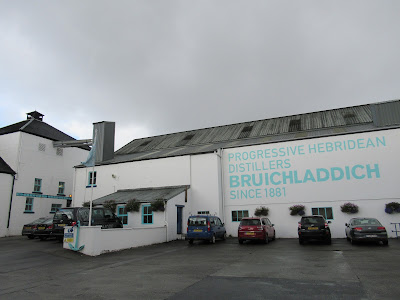 In case you've been living under a rock for the last nine or so years, Octomore is Bruichladdich's super-heavily peated whisky, which completely dominates the upper echelon of the world's peatiest whiskies. In fact the only real challenger was Ardbeg's now-departed Supernova series, which measured in at a relatively low "over 100 ppm" (parts per million phenols), but was still a peaty beast of a dram, although the latter two releases were significantly softer thanks to a lower bottling strength, higher age and the addition of more sherry casks in the vattings. Octomore on the other hand has smashed it out of the park on numerous occasions, from the 169 ppm 5.1, to the 208 ppm 7.1 & 7.2, and the mighty previous king, the magnificent 6.3 Islay Barley which weighed in at a whopping 258 ppm. But this new 8.3 release, part of the "Masterclass Edition" 8-series which was released in 2017, has turned it up to 11 and taken the crown for itself, with no plans to relinquish the title. The Islay barley for this bottling weighed in at an almost-beyond belief 309 ppm! For a bit of reference here, Ardbeg's regular malt measures up at 55 ppm, and Caol Ila & Lagavulin's at 35 ppm. But don't think that this Octomore tastes 6-times as peaty as those, because it's not that simple!

It's important to remember that the ppm numbers don't tell the whole story. Far from it, in fact. It's a handy marketing tool, and it's basically the only objective scale that we have for quantifying how peaty a whisky is without tasting it (which then becomes subjective), but it can be a little misunderstood. Not by the industry or the distilleries of course, but by a size-able portion of their customers. For starters, the ppm (parts per million) level of phenolic compounds is measured on the malted barley, which then has to go through milling, mashing, fermentation, distillation and maturation before it can be bottled as whisky. As a very rough guide, most younger peated whiskies lose around 60-70% of their peat influence between the initial measurement of the barley and the bottled liquid. But that final figure and the level of peat influence in the final product can vary depending on a huge number of factors, from where the peat itself was sourced to the size & shape of the stills, and the cut points during distillation, and many, many others. Those factors are why Octomore and other heavily-peated drams often don't taste as vastly different as the numbers might lead you to believe. In the case of most Octomores, largely thanks to Bruichladdich's careful & slow production, tall stills and excellent cask management these are surprisingly mature and disarming whiskies that drink well beyond their (generally) 5 years of maturation. But rest assured, they're certainly very peaty, and this new king is not shy! 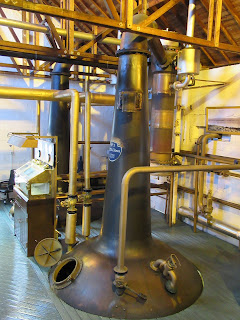 The 8-series Octomores have been a bit of a departure from the norm, in that three of the four bottlings are 8-years old, and they've all had rather complicated upbringings as far as cask maturation goes. In the case of 8.3, the casks used for maturation (not finishing) were a combination of 56% American oak ex-bourbon casks, and 44% European oak ex-red wine casks, from the Pauillac, Ventoux, Rhone and Burgundy regions of France. It was distilled in 2011 from barley harvested the year prior at James Brown's Octomore farm, down the road from Bruichladdich. That barley was then malted at Bairds in Inverness, which resulted in that incredible figure of 309 ppm. The whisky was then bottled at 5-years of age at a strength of 61.2%, of course is non-chill filtered and naturally coloured like all Bruichladdich, with a total of 18,000 bottles released. One more departure is that this is the first _.3 Octomore to ditch the white outer tin and toe the line with the rest of the series, which is a little strange, but they've kept the beautiful frosted glass bottle that is exclusive to the _.3 Octomores and the magnificent OBA, so we can forgive them for that.

The 8-series Octomores are just starting to officially appear in Australia now, with more on the way, but I was lucky enough to grab a bottle from the distillery (and I should have grabbed two) during my pilgrimage last year, and I'll be lining up for more when they finally arrive! The sample for this review came from a generous fellow whisky nerd who also picked up a bottle from the distillery last year. This is going to be epic... 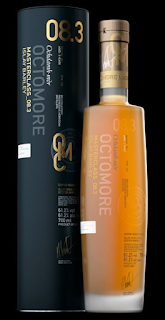 Finish: Long, and immense. Actually make that very, very long. Massively peaty, spicy and creamy initially, the peat tapers a little but lasts for eons, and it's still lightly bitter, earthy, crumbly and spicy. There's salty sea breezes, more freshly opened bandages, some herbal and leathery smoke, and that lovely Bruichladdich lactic dairy note comes out of hiding, with a little farmyard-y barley note alongside, and that stone fruit comes out again further on along with a nice ashy smoke. Delicious.

Notes: Outstanding. Wonderful. Delicious. What a dram. I'm not really sure if it's noticeably peatier than the previous title holder (Octomore 6.3), but that light bitterness in the peat is new, so maybe it is. And I love it! There's plenty of character to it as well, those stone fruit jammy notes, stemming from the wine casks I'd say, and that sweet vanilla cream really work well alongside that massive peaty-ness. Those wine casks do seem to have dampened Bruichladdich's sour lactic farmyard-y calling-card a little, but they're still there, as is the barley in the finish, which is pretty amazing for such a hugely peated whisky. It's nicely balanced and surprisingly (relatively) light for such a peaty beast. The magic of Bruichladdich right there! Absolutely love it.

There's plenty of complexity going on underneath and alongside that peaty explosion on the palate, and the softness and sweetness on the nose is disarming and quite charming, it doesn't give the game away before the whisky has had the chance to do its thing on the palate. Another outstanding Islay barley Octomore. I'm ranking it very slightly under the mighty 6.3 for my favourite Octomore to date, but it's a close thing. Folks, if you're an Octomore fan, this is a must buy. It won't be cheap of course, but you're going to want one.

Cheers!
Posted by Peated Perfection at 18:41