What is chill filtering / chill filtration? And why should you care?

As a whisky drinker, you have probably heard the term 'chill filtered' or 'non-chill filtered' before (you certainly have if you've read any of my reviews!). But what does it mean exactly, and why should you care?

Well, this term refers to the type of filtration used to prepare a whisky for bottling where, as the name states, the whisky is chilled to a low temperature, usually around 0 degrees C, or lower, and forced through multiple micro filters under pressure. What this process does is remove naturally occurring particles from the whisky, namely fatty acids, proteins and esters, oils and sediment. But why? So the whisky does not go cloudy/hazy when it is chilled, and/or diluted to below 46% alcohol by volume (ABV), and this is seen as undesirable by some whisky drinkers (especially when they add a handful of ice cubes to their Johnnie Walker), so many distilleries take this extra step during the production of their whisky to prevent this happening. Yes, that's it. That's all it does. Shocking, I know. 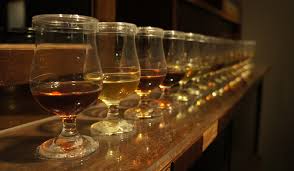 In fact, you may have noticed, many non-chill filtered whiskies have a statement on the bottle to explain themselves and hopefully prevent complaints from the less discerning drinker. Generally something along the lines of  "this whisky is non-chill filtered, and may go cloudy with the addition of water or ice. This is normal and it is safe to consume". Regardless, some casual consumers will still find this weird or concerning, and it puts them off buying and drinking that particular whisky. Obviously, distilleries and their owners do not want that to happen.

Also known as 'scotch mist', this cloudiness occurs when the above mentioned particles bind themselves together (coming out of solution, technically) as a result of a temperature drop. This does not occur in spirits at above 46% ABV because the higher alcohol level stops the particles binding together (keeping them in solution), but if you add enough water to your cask-strength whisky to reduce the amount of alcohol in the glass to below 46%, it can and generally does still go cloudy. Another purpose of chill filtration is to remove any sediment from the whisky before bottling, which occurs during distillation, and also during maturation (coming from the cask). But this can be removed from the whisky using simple barrier filtration, without altering the temperature of the liquid, which retains most of the natural oils and compounds in the bottled whisky.

The chill filtering process is pretty interesting scientifically, at least to this layman, as the (apparently) unwelcome particles are filtered out using adsorption, rather than absorption. Basically this means the particles are collected as solids on the surface of the filter medium, rather than being absorbed or dissolved by it. Another interesting fact is this process actually adds to the production costs of the whisky! So come on Scotch (and other) whisky industries, why not save some money and stop this madness?

So how does all of this affect your whisky (or other spirit, for that matter)? This is bit of a contentious topic, as some parties (let's call them the 'yes' camp for added drama), both distilleries and consumers, claim chill filtration has no effect on the finished product, other than preventing the 'scotch mist' from occurring. On the other hand, those opposed to chill filtration in whisky (the 'no' camp), which I belong to, believe that the removal of these particles dampens, or more accurately strips out the natural mouth-feel and texture, and also even the flavour & body of the whisky. There have even been blind tastings where some experts cannot tell the difference between all tasted samples of whisky which has been chill filtered, and all samples of whisky which has not. But in this whisky enthusiast's opinion, chill filtration is evil!

Thanks to dramming.com for the image. Guess which sample has been chill filtered!

It is important to note that chill filtered whiskies do not advertise this fact on the label, or even on the distillery website. You won't find it mentioned anywhere. Likewise if a whisky does not state on the label that is has not been chill filtered, it's usually safe to assume it has been chill filtered to some extent. Not always though, since there are plenty of distilleries & companies that use generic labelling across their ranges, so a cask strength whisky that is non-chill filtered may not necessarily say so. It's also important to note that not all chill filtration is the same, there are lesser- and more evil versions, which are dictated by the temperature that the whisky is chilled to prior to filtering, plus the grade of filters that are used, how often they are changed, and how many times the whisky is forced through those filters prior to bottling.

Lastly, I should point out that a whisky being chill filtered is not necessarily grounds to avoid it, it may still be a great whisky of excellent quality (looking at you, Lagavulin). The point is though, if it were non-chill filtered, it could be just that much better!

It's been a while since I reviewed anything from Ireland. Or almost anything with the extra "e"! But this example is a great g... 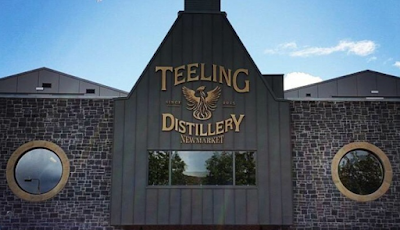